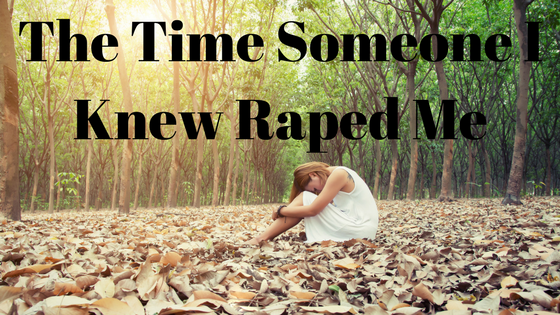 As I was sitting and watching some back episodes of the show “Switched At Birth” I came to the episode where the character Bay was raped by an ex-boyfriend. She got drunk at a party and did not remember and was too drunk to have consented to any type of sexual activity. I began to think about how many times other girls and women were in similar positions or really any position where it was someone they knew who raped them and violated them. I began to think of the time all those years ago when it happened to me, the time someone I knew raped me.

I was about 19 or 20 as I know it had at least graduated from high school but had not yet moved out on my own. I grew up in a small town and there was a volleyball court at the park in town. I had been hanging out up there with some of the people I knew although I do not remember exactly who. Some of the boys I knew were going camping on some land. I was always wanting everyone to like me and just wanted to always fit in. I had a little bit of a crush on one of them at that time so I followed them in my car to the spot where they were camping. It was a good distance out there through the grass and dirt in my small red car. I still do not remember all of the details about what was going on. I know there was drinking. I don’t even remember if there was any music playing or anything like that. I remember that I had drank some and did not really know my way to get out of there in the dark as it got later. 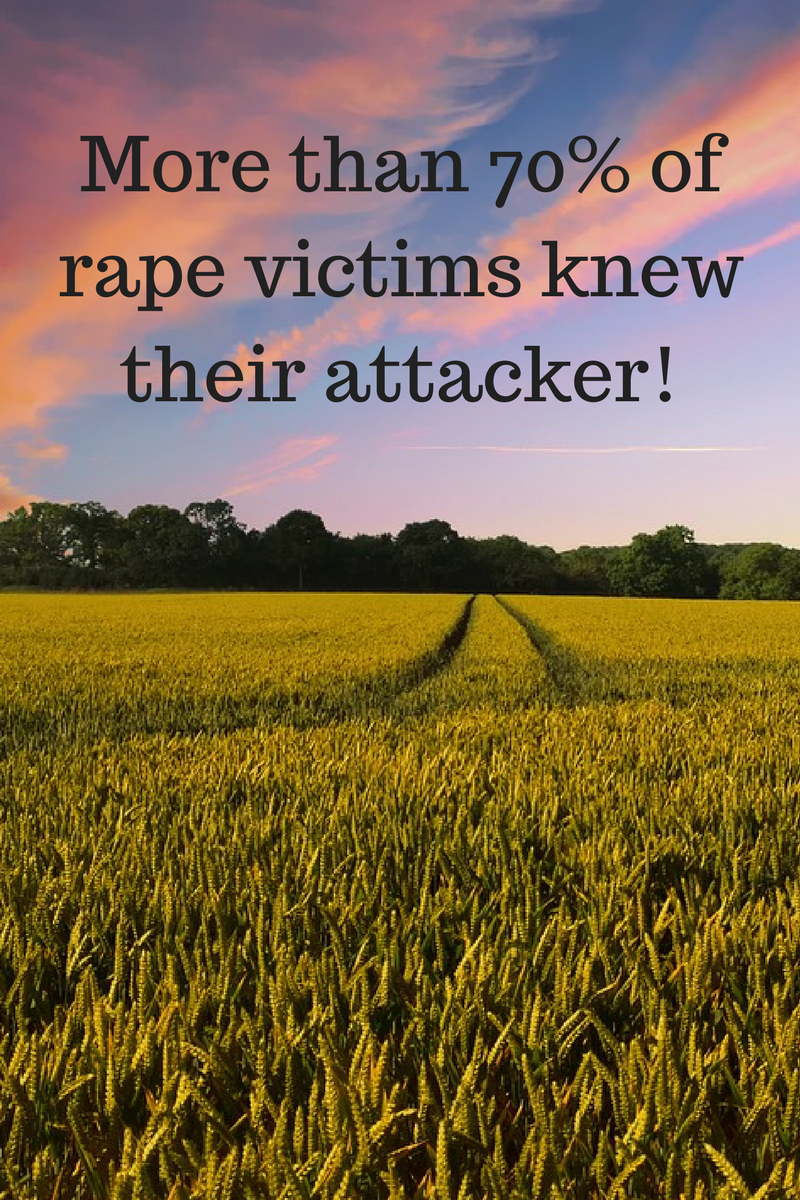 I made the decision to lie down in my car and sleep until I felt sober and there was enough light to see my way safely out. I know that my parents would be worried but I still felt it was the best decision at the time. This was in the 90s so there were no cell phones to text or call your parents and let them know you had gotten yourself into a situation of not driving because it would not be safe. My four door car was awfully small and it would not be comfortable but that was the only choice I had to be safe, or at least I thought it was.

I probably laid there for a while. I had the windows down because it was summer and it was hot. I am not really sure just exactly how long I had been in there but I heard someone coming closer in the grass near me. It had to be one of the guys probably getting up to pee in the grass or near a tree or something as we were the only ones out in what was basically a pasture. I was right about it being one of them but not so right about what they were doing. One of them approached my car and was trying to get in and on top of me. I managed to crawl through the front or get out and through the console to the front one of the two. I remember this going on for a while with me back and forth in the car and I remember saying “no” many times. This boy who I knew and had went to the very same school as I had forced himself on me even though I said “no” repeatedly. I had never even had or shown any type of interest in this person at all. He was a nice looking guy but his personality was nowhere near my style so I would have never willingly consented to this. 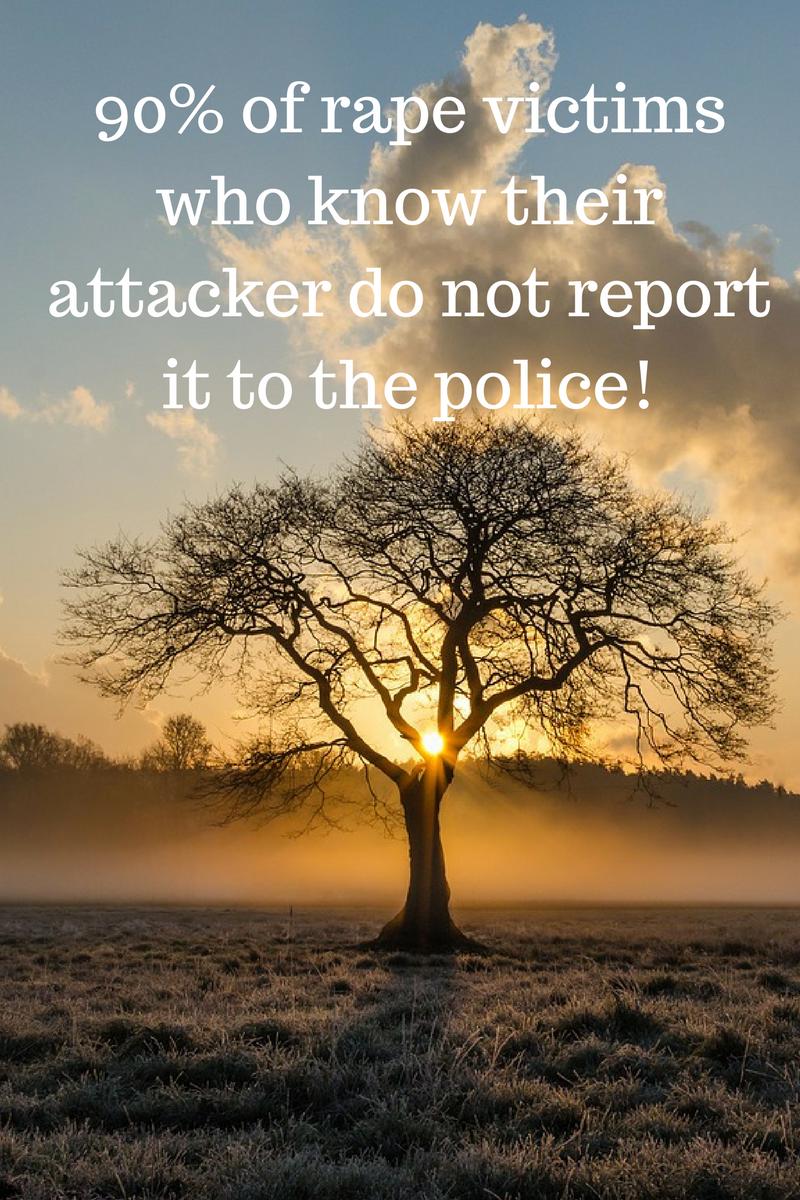 I am sure some would wonder why I did not scream loud enough for the others to hear me and I honestly would probably ask that very same question myself. I think I just went numb or just thought I wasn’t worth any better. I have seen girls in various movies sort of do this and I always could relate.

When it got light out and time to leave I walked around a bit and just acted like nothing had happened. I acted like nobody had just crawled into the back of my car and raped me. I trusted these people. I knew them and never would have thought I would have been much safer to drive my car through that field that night having alcohol in my system than sleeping in my car.

There are only a couple of people who know about this. I never told anyone back then at all. I think part of me felt like it was my fault for putting myself in that situation and the other part thought that nobody would believe me and it would just cause a huge scandalous mess that someone who was popular around would do such a thing. I told my ex years after and many years ago because they had started hanging out together. My ex and my rapist were friends and it was not a comfortable situation. I did confide in him and it was confirmed to me that this person knew all these years that what they had done to me was wrong and had told my ex he had done it and how bad he felt. They did know that my saying “no” meant “no”. I am not sure if I felt better or worse at that point. I think a small part of me at least felt more sane knowing that I was right about the fact that what they did was wrong and it was not my fault just because I was in a bad spot. Nobody else really knows this story until now of course. I have mentioned it in passing to my husband but that is it. He is not the kind to ask too many questions unless I volunteer to tell him.

I went home that morning to a very angry stepdad and worried mom. I knew I had made them worry but again I thought I would be safer. I never told either of them what had happened to me that night. I am pretty sure I wanted to cry and tell him how I wished I had just come home because then nobody would have forced themselves on me. I have carried it around with me all these years. Just because it was someone I knew and I had made my own share of mistakes back then it was still wrong and I was still violated.

Acquaintance rape is a sex crime committed by someone who knows the victim. It could be a friend, classmate, relative, co-worker, etc. More than 70% of rape victims knew their attackers and 90% of rape victims who knew their attacker did not report the attack to the police. If you cannot consciously consent or you definitely says “no” and someone has sex with you anyway that is considered rape. It does not matter that you know each other. It does not matter if you have had sexual intercourse before with them or someone else. It does not matter what anyone thinks of you. If someone forces themselves on you it is rape and you have been violated. Even if you choose to not report it to the authorities you should talk to someone about it. Trust me when I say holding something like that in for years can eat away at you. If you cannot talk to a friend or relative talk to a counselor or find a rape hotline or group to speak to. The number for the National Sexual Assault Hotline is 1-800-656-4673 and it is free, private and available 24 hours a day. Most of all do not feel alone or ashamed. You did nothing wrong.